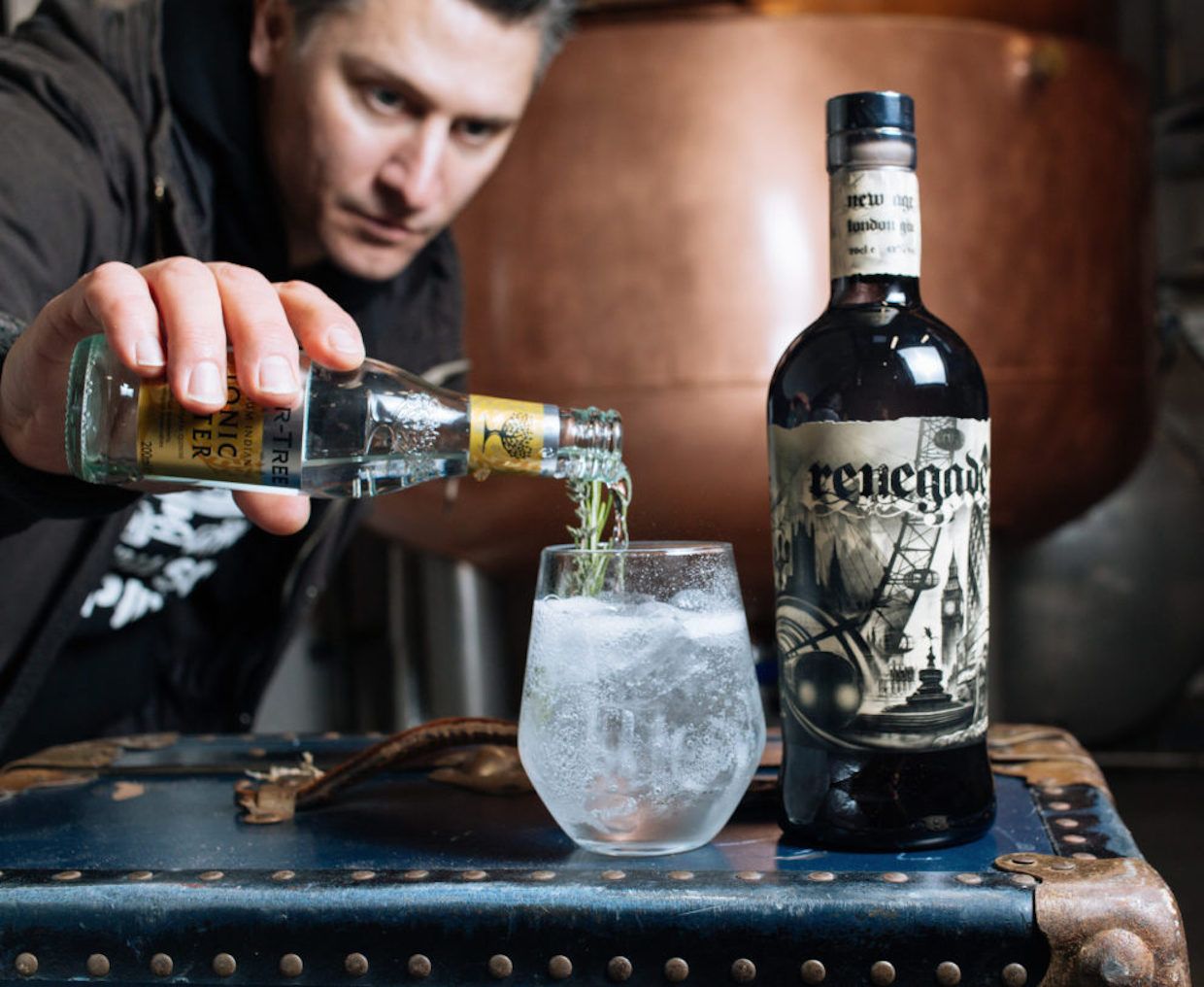 In The Spotlight: Meet Doghouse Distillery

Doghouse Distillery was founded by husband and wife team, Braden and Katherine Saunders in 2016. Prior to building a distillery, Braden and Katherine owned a successful craft beer pub in Australia (where Braden hails from) and it was Braden who first developed an interest in production while visiting the States.

He was inspired by the creative distilling techniques he came across on his trip and, shortly after, the pair moved back to England to build their own distillery… and a bloody big one at that! The Doghouse Distillery even includes a brewery, so they can produce their spirits entirely from scratch, from “grain to bottle”.

This process starts by milling and mashing 100% English wheat then fermenting the wash for three days to make a 10% wheat beer. This wheat beer is then distilled once to create a “low wine” which is run through the rectification column, the heads and tails are discarded and what is left are the hearts – 96% silky smooth amazing vodka (which is what many gin distilleries buy in from a bulk supplier)!

Even the Renegade label tells a story. Designed by a North London tattoo artist, it depicts scenes of old and new London. Why, we hear you ask? Because Renegade is a ‘new age’ version of an ‘old age’ spirit. This duo has given thought to just about everything!

Using a blend of 14 botanicals, you will find many of the usual ‘ginny’ suspects in their Renegade Gin but it is the green, leafy botanicals, such as Bay Leaf, Sage, Winter Savoury and Cardamom, that really make it stand out. There is a hint of warmth from the Grains of Paradise (a West African pepper) and two of the botanicals are top secret! This is a proud gin, so it should be no surprise that Juniper stands proudly within this creation. It celebrates the traditional, but with a ‘Doghouse’ edge to it, and the way juniper, citrus, spice and rather importantly the herbs all come together, helps creates a beautiful taste journey on the palate that leaves a lasting impression.

Also within the range is their Baller Vodka which recently won “Best Spirit” in Great Britain in the 2019 Great British Food Awards. This tipple is London’s only vodka made fully from scratch using 100% English wheat. Full of attitude, this baller is totally unfiltered and loaded with character.

The range also includes their limited editions Sidewayz Sloe and Sidewayz Damson, both of which are rich, flavourful and full of berry depth. 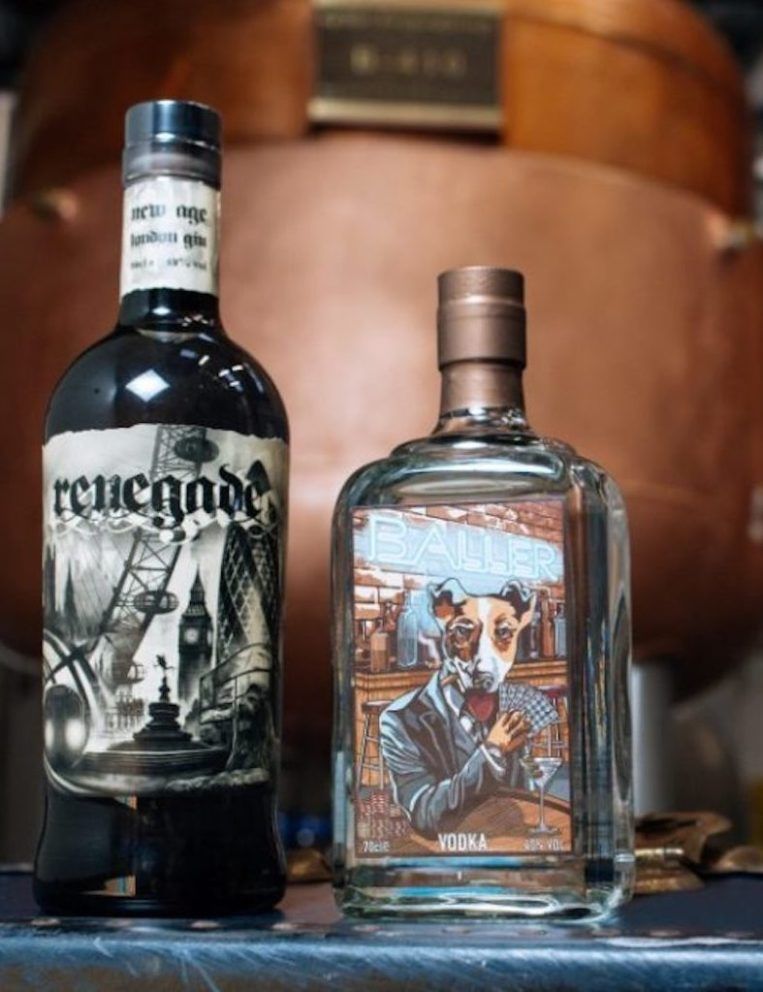 Renegade Gin is perfect with a Fever-Tree Indian Tonic and a sprig of rosemary. For a splash of colour, you can add some orange peel, but it is important to avoid slices of fruit (lemon, lime, grapefruit etc) as the heavy oils from fruits reduces the ability to experience the lighter aromatic herbs used in the gin.

This gin also makes an amazing Negroni! It stands up really well and the herbaceous flavours work well with the Campari and Vermouth. It is also incredible in a Southside – with lime, mint and a touch of sugar, a perfectly balanced cocktail. 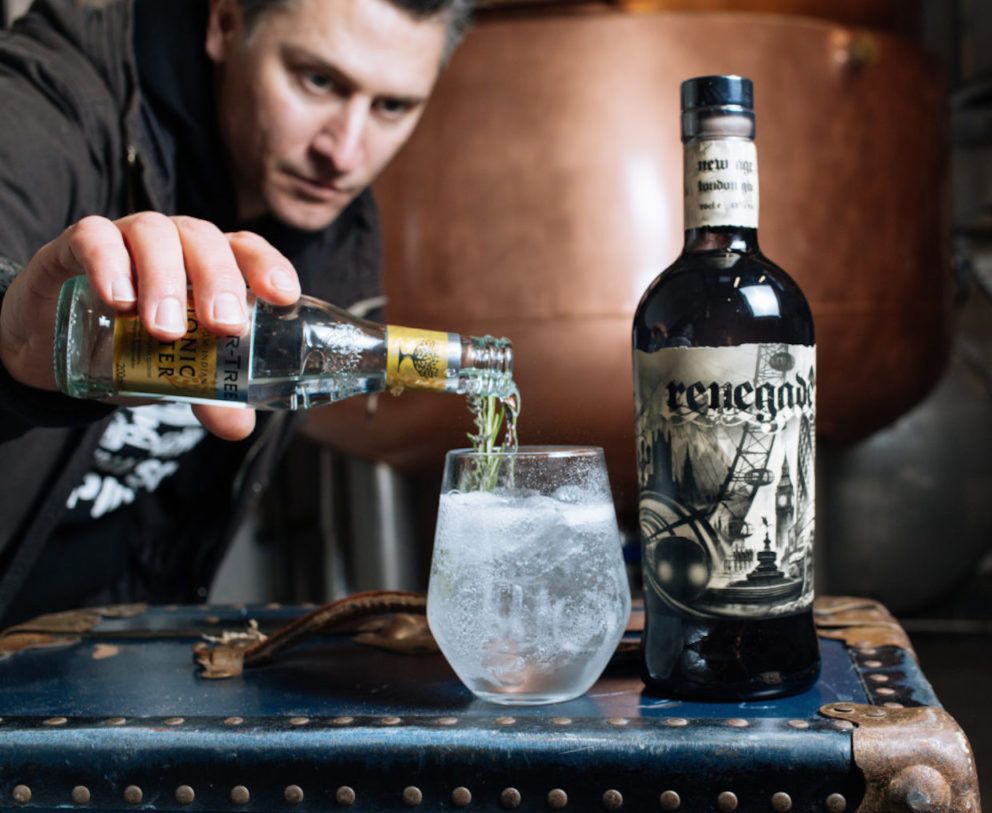 The Doghouse Distillery’s journey was never going to be entirely about gin and will shortly be releasing an aperitivo with a few more surprises up their sleeve. In terms of inspiration, music is at the core of everything at Doghouse. All the spirit brands are inspired by a music genre – Renegade is essentially rock n roll in a bottle!

Here at The Gin To My Tonic, we love experimenting with new cocktails and couldn’t resist having a bit of Doghouse Distillery fun by combining their Renegade Gin and Baller Vodka to create The Doghouse Vesper Martini. Simply add Gin, Vodka, Vermouth and ice into a cocktail shaker then shake vigorously. Pour and strain the contents into a martini glass and a twist lemon peel over the top. Delicious! 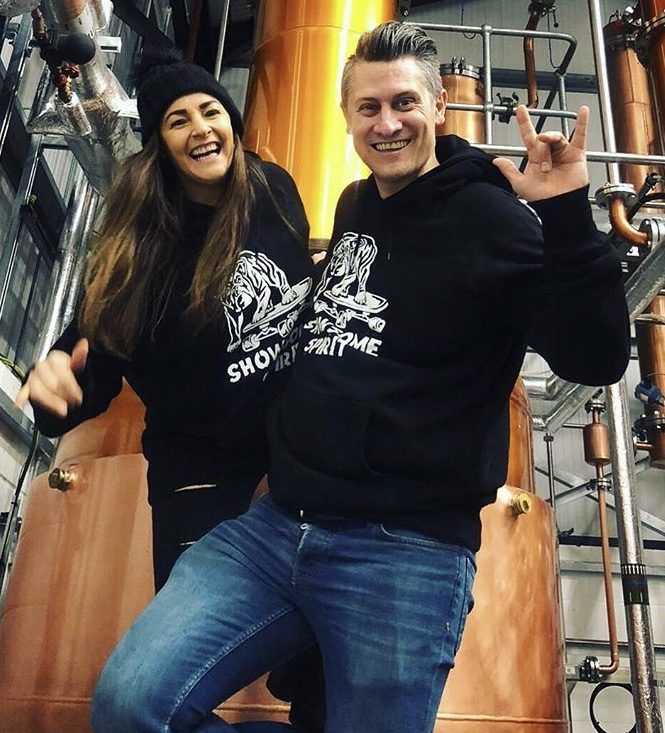 The Gin To My Tonic Says…

Doghouse Distillery have a rebellious streak that we applaud, instead of following the pack, they’ve set off down their own path and are one of only a handful of distilleries in the UK to make their base spirit from scratch. This means they are putting an extra layer of hard graft into the craft of their fine spirits. Everything has been created with love, and it’s clear that Braden and Katherine have given all aspects of Renegade’s (and indeed Doghouse’s) development real thought. This is a distillery we are expecting big things from in the future of gin, vodka and beyond.

In the same category

You’re The Gin To My Tonic!

Valentine's Day. Loved ones are certainly on the mind and it's the perfect opportunity to do something special with ‘The Read More

The Gin To My Tonic Club January (Ginuary) 2021

Happy Ginuary! We are back! We absolutely love our virtual gin festivals, connecting with all of you, and of course Read More

RHUBARB COCKTAIL… Located on a beautiful farm i

Procera Gin was founded with a dream to bring the 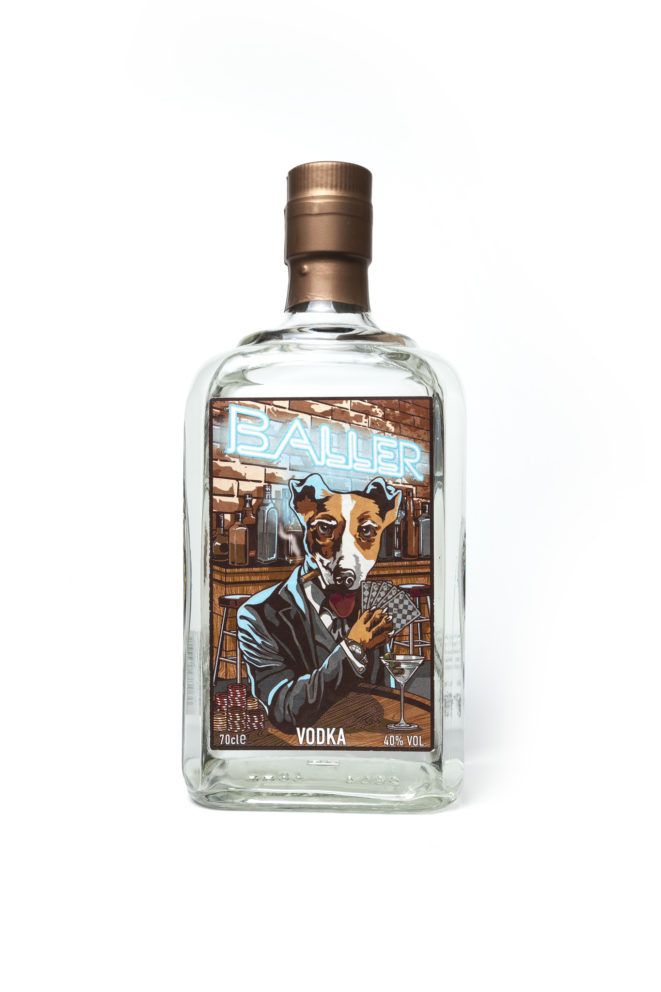