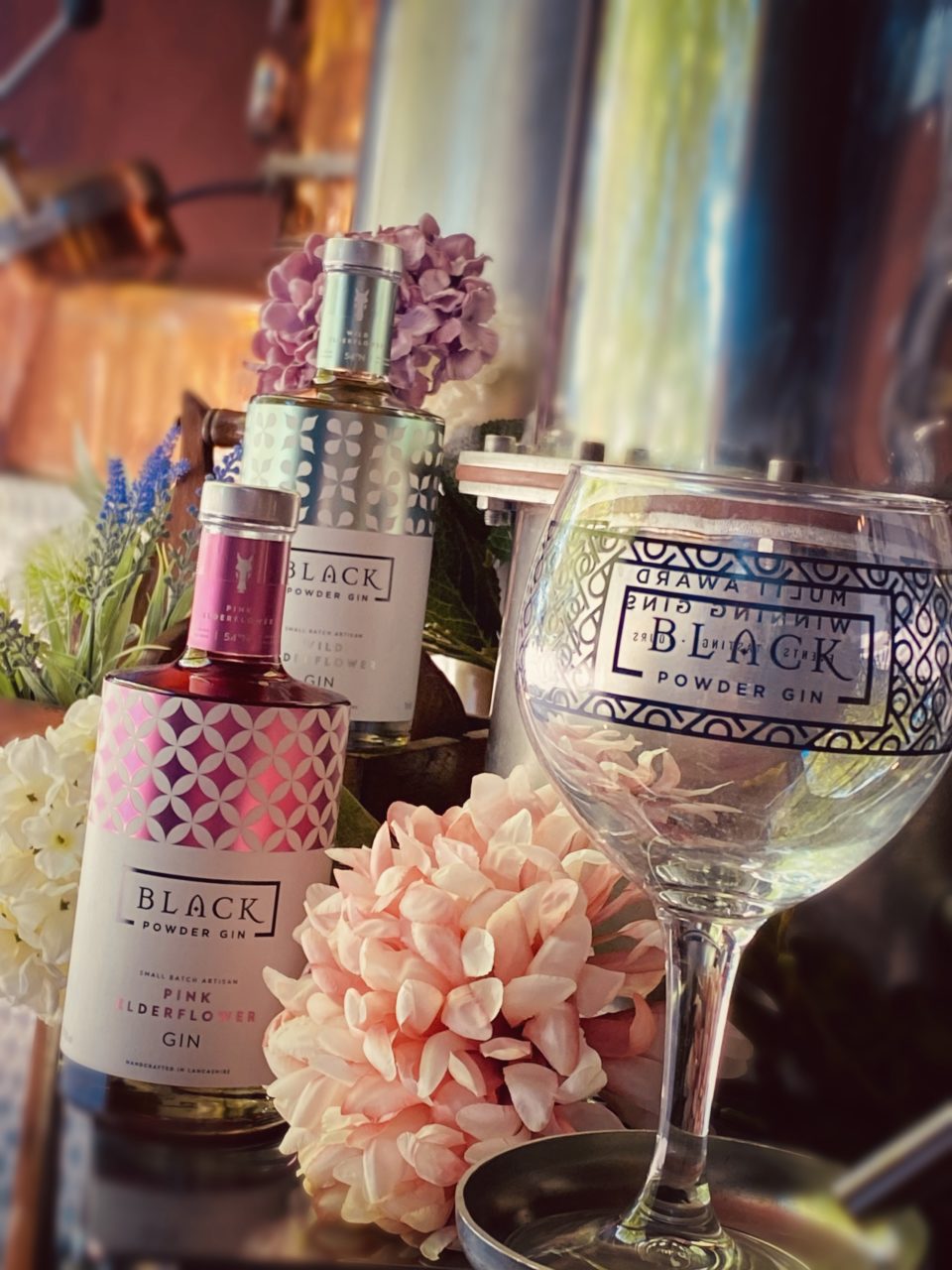 Black Powder Distillery started in 2017 by John Loftus and son-in-law Tony Dalnas at Preese Hall Farm, which is situated near the coastal town of Lytham St Annes. The farm has been in the Loftus family for over a century and has an incredible history linking to Cromwell, Thomas Miller and Charles Dickens. John Loftus is a distinguished cattle breeder with 300 acres to his name, with a number of them dedicated to orchards specifically for growing fruit for their spirits, in fact in the last few years they have planted 100,000 bushes and trees with another 45000 in the next 2 years – mainly native for wildlife but 20% for growing fruit for fruit gins such as wild brambles, apples, quince, damson, sloe, black plum, Victoria plum, greengage, whitecurrant, redcurrant, blackcurrants, gooseberry, raspberry, hawthorne, rosehips, elderflower. For years, John would pluck the goods growing on the land and infuse them into gins, sharing the fruity spirits with fellow hunters on an annual country shoot. What began with damson and Sloe Gin soon evolved into other flavours, but it wasn’t until his son-in-law, Tony Dalnas suggested that they start creating and selling the infusions on a commercial scale and Black Powder was conceived.

Along with gins judged to be some of the finest in the world, they also produce exquisite liqueurs, rums, and 20 delicious and entirely natural fruit gins which are made with entirely natural ingredients, no artificial flavours, colourings or preservatives are used, just amazing quality fruit, botanicals, florals and spices grown on their own orchards or sourced direct from the very best producers from all over the world! 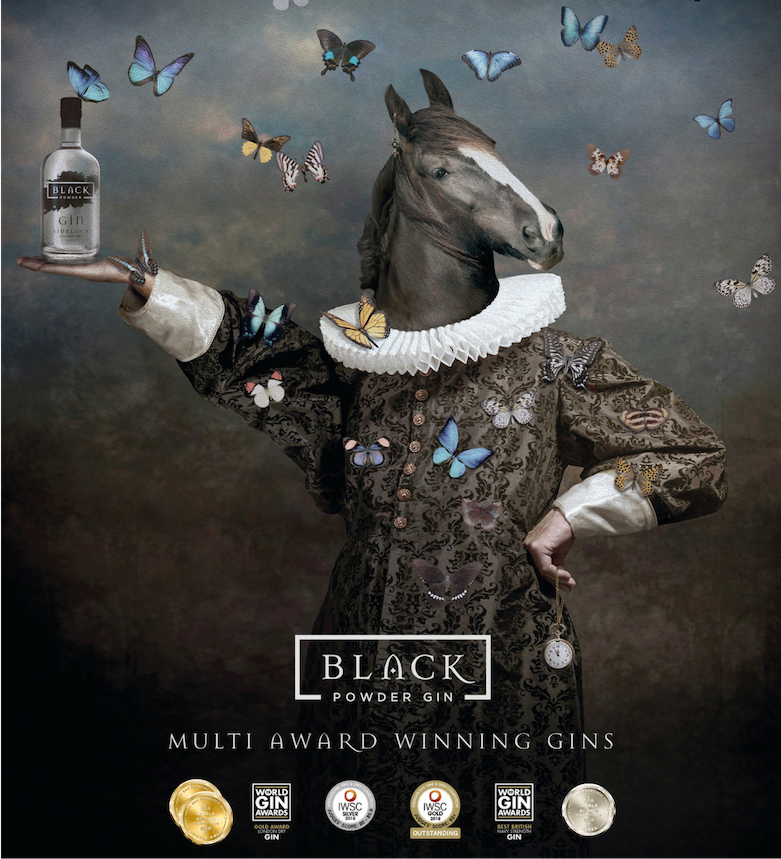 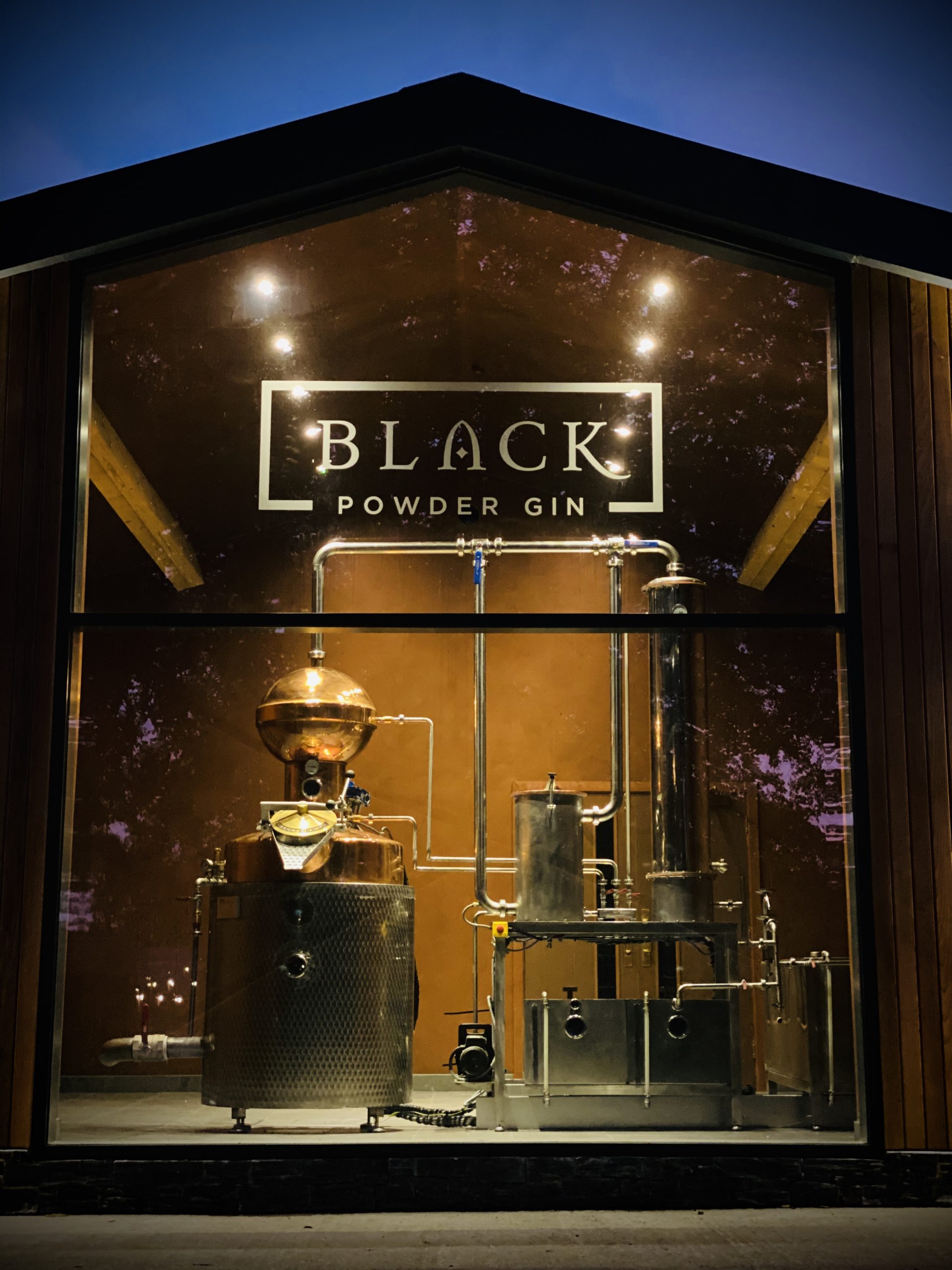 What inspired you to begin making gin?

Gin has always been a favourite spirit and one that most people have dabbled with to produce their own sloe or damson variety. Given the abundance of naturally growing fruit and ingredients around our farm it was an obvious and inevitable precursor to experimenting with other fruit-led gins. One experiment led to another, then another and before we knew it we had developed quite an extraordinary range focussed initially on fruit combinations using both a part distilled and part cold-compound approach. This quickly led to developing solely distilled spirits which is where I truly began to appreciate the craft element, honing my skills literally on the job.

What do you love about gin?

Gin is a wonderfully versatile spirit and with the art and craft of a good distiller a myriad of nuances can be discovered. As we know there is no end to what layers in addition to the foundation of juniper can be added to the pot and I guess that’s what I really love about it – Distilling is a mad mixture of art and science, you never quite know where the path may lead, that’s the exciting part, seeing what culinary magic, or not, you’ve conjured at the other end of a still!

Can you tell us about your distillation process, botanical make-up and tasting notes?

Well that of course is top secret but I can certainly give you a little glimpse. We originally started with very traditional flame-fired alembic stills before going all out on a more contemporary version. Alembics are relatively easy to work with as long as you respect the safety implications as they are somewhat primitive and lack any warning mechanisms whatsoever other than the astute eye of the distiller who can quickly make the relevant adjustments to prevent a possible catastrophe – I’m not kidding, it’s a risky business if you’re not careful!

All that aside, the traditional alembics create beautiful spirits given they’re all about harnessing flavour as opposed to purifying your distillate – look at the traditional pot stills used to make single malts, cognac and mezcal. These spirits are all about heavy compounds that contain deep rich flavours – pot stills are responsible for these qualities, In the same way our small alembics are responsible in helping to create the distinctly rich flavours of our major award winning London Dry and Navy Strength gins. Personally, I love gins that have a complex, exciting and lingering flavour profile – ones you can quaff and feel every part of your mouth and tongue being coated and taken somewhere compelling and immersive.

It sounds exciting and somewhat pretentious but I’m all about connoisseurship over mediocrity. To capture a profile like this requires a lot of beefing up on the ratio of ingredients and knowing just how well the spectrum of flavours combine and how they work within the ensemble. Our London Dry for example contains 28 botanicals so you can imagine the difficulty in making sure everything works and compliments each other harmoniously. 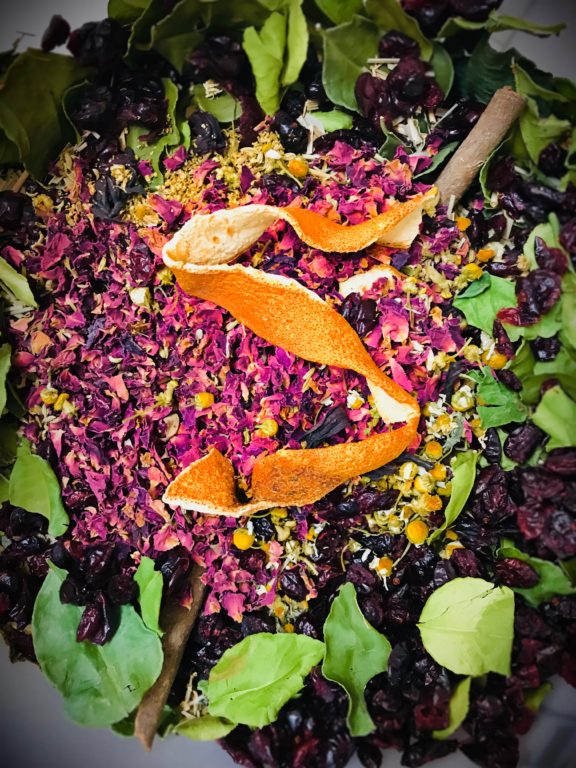 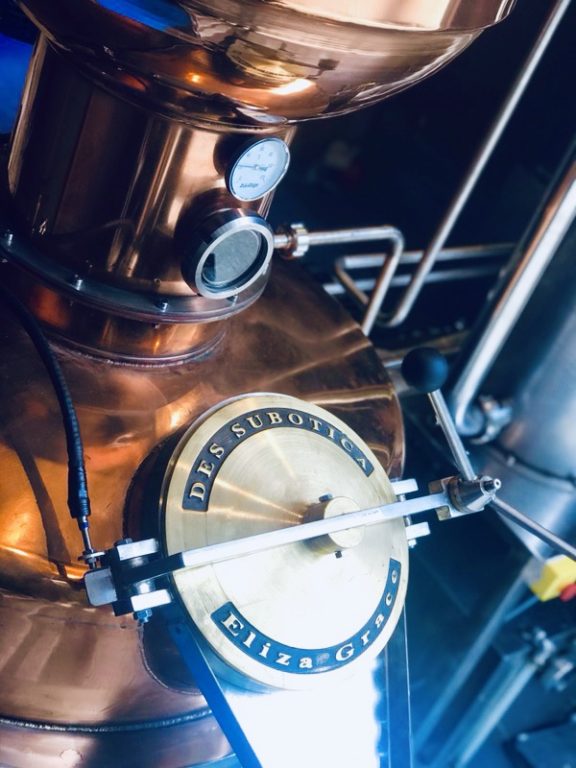 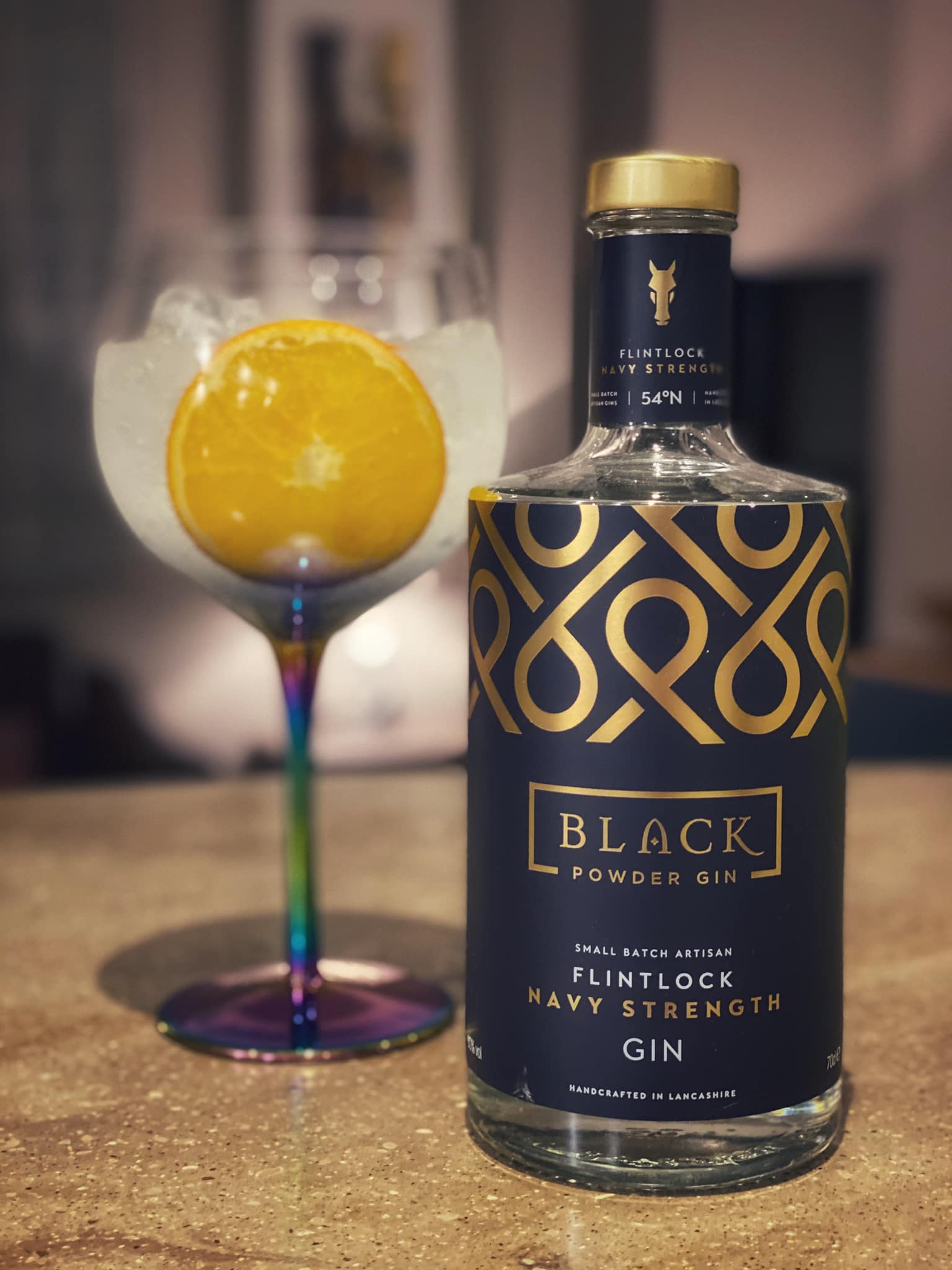 What is your perfect serve?

The true test of a good spirit is to taste it neat – let the natural oils sit on the tongue and do their job. After that see if it’s up to the mustard by testing how well those flavours expand or dissipate under dilution. Why meddle with a good spirit by throwing flavoured tonic at it unless it’s a bad spirit that is. Keep it simple – a premium Indian Tonic, lots of ice and a garnish that doesn’t look too much like it’s come out of Del Boy’s cocktail cabinet!

Strong provenance in terms of production and the entirely natural ingredients used are a major USP that helps to elevate our presence from a lot of the crowd.

What has been your biggest achievement so far?

Lasting thus far in an industry that is so highly competitive and dare I say, somewhat over saturated. It’s becoming increasingly harder to find new markets given how competitive the landscape is. Saying that, our internationally recognised awards have helped to provide kudos and our strong provenance in terms of production and the entirely natural ingredients used are a major USP that helps to elevate our presence from a lot of the crowd.

What has been your biggest challenge so far?

Not blowing myself up. Seriously that has happened! Refer back to the comments earlier. It really is a risky business with even bigger producers than ourselves falling foul to a temperamental still! That aside it’s pretty much all I’ve said before – surviving, keeping relevant, finding your soul and keeping true to it as that’s what gives life to it all.

What do you think your unique selling points are in three words?

Unconventional, unfeigned, and intoxicating of course! 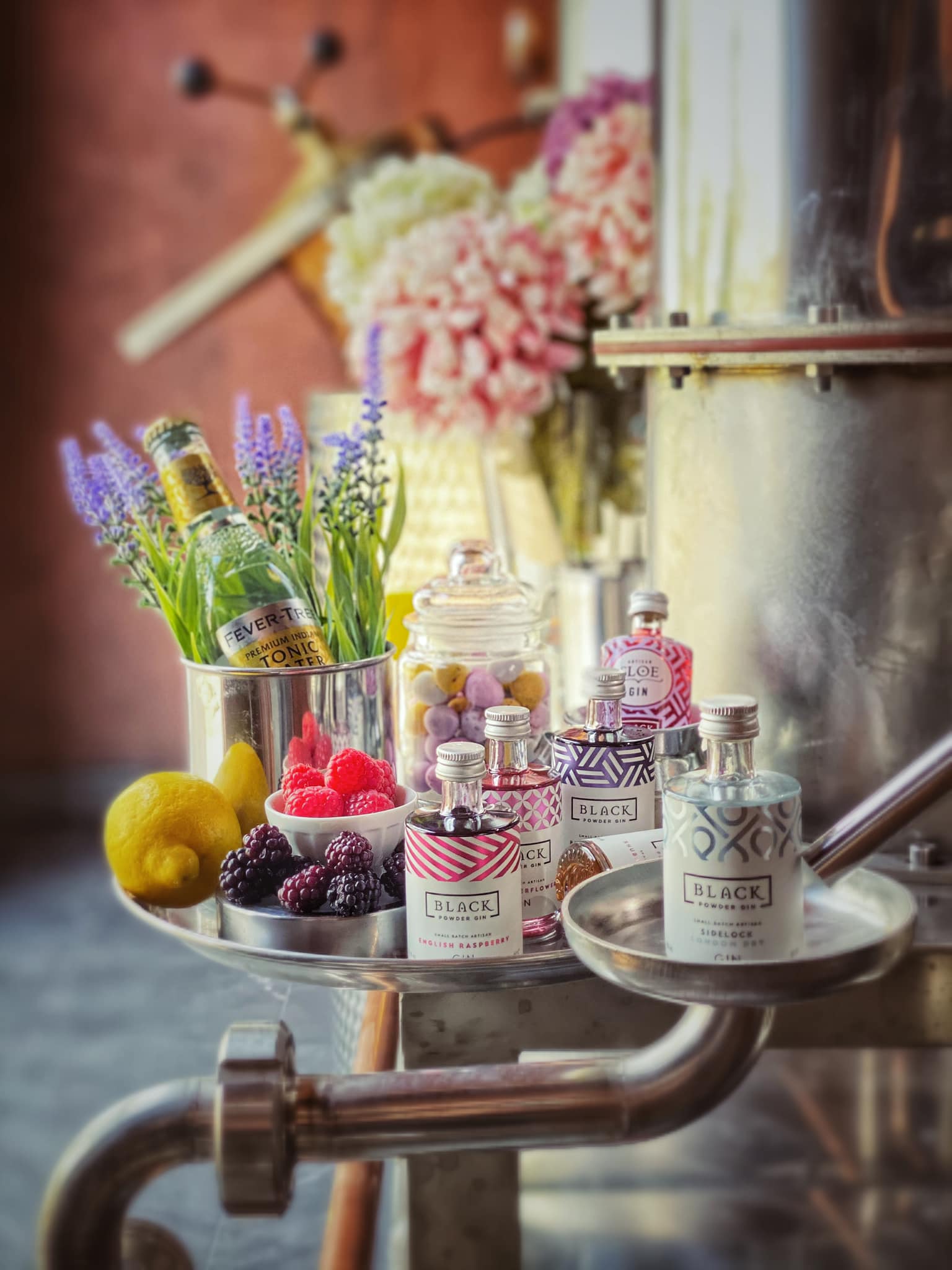 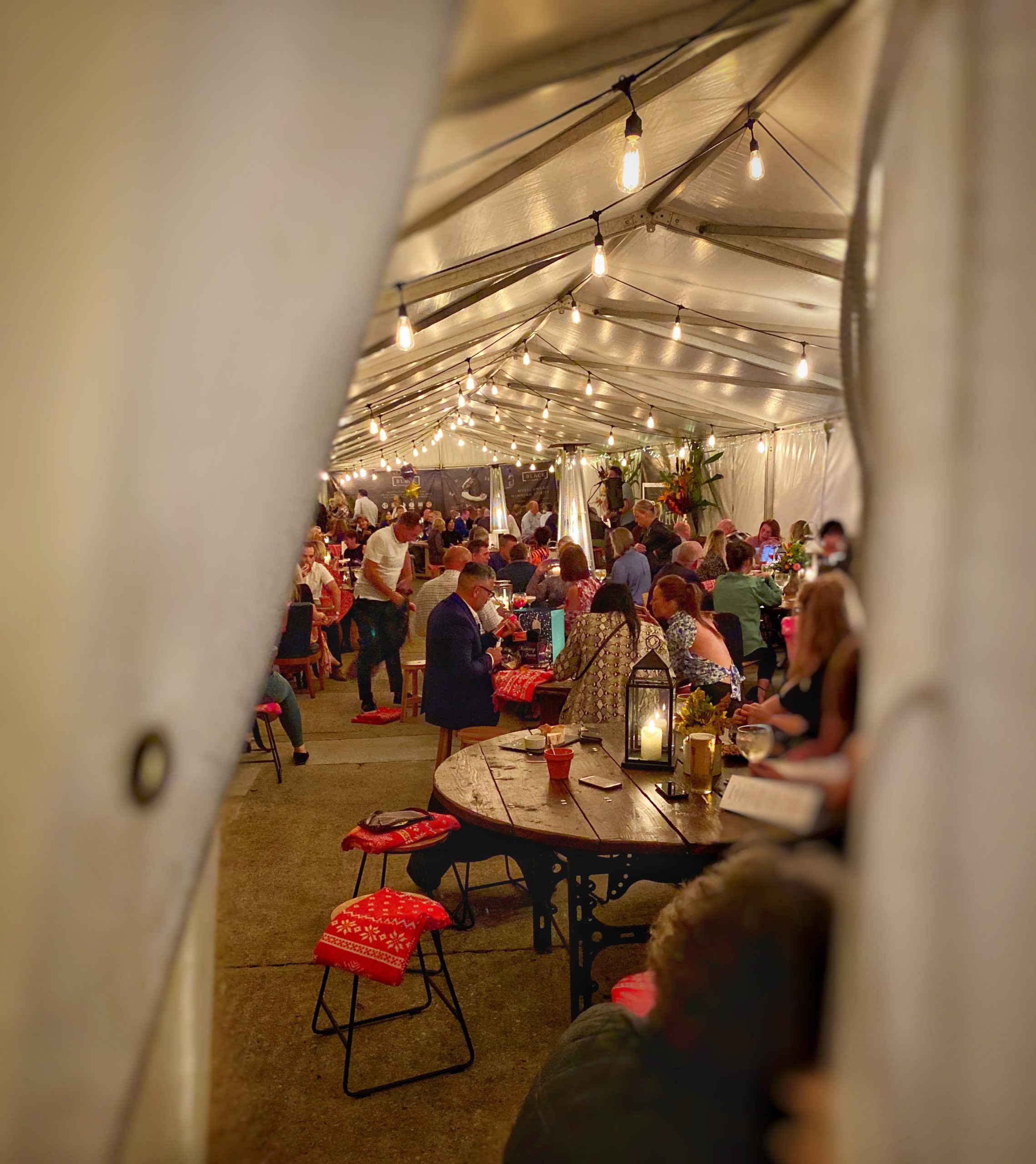 The Black Powder name is principally derived from the traditional proof test method whereby alcohol was soaked in black powder (a more primitive form of gun powder) to determine its strength. If when lit the powder ignited then it was deemed to be of proof i.e it’s was proven that it had a high concentration of alcohol. Proofed spirits were also subject to tax.

Finally, what does the future hold for Black Powder?

Given the pandemic we’ve all been hit hard. The fact we’ve managed to get through it and emerge the other side relatively unscathed is something. The period has really helped to sharpen and hone our business model and with that we’ve made a lot of efficiencies and have greater clarity in terms of direction – we’re just looking forward to getting back to business, meeting public again and sharing our story and range of products

Back To All Articles